TortoiseSVN 1.14 is a superset of all previous TortoiseSVN releases, and is considered the current stable and "best" release. Anything in earlier versions is also in 1.14, but 1.14 contains features and bugfixes not present in any earlier release.

This page describes only major changes. For a complete list of changes, you can check our commit logs

TortoiseSVN 1.10 and later requires at least Windows 7 or later. It won't run on Windows Vista anymore.

Subversion 1.14 enables both version 2 and version 3 of the shelving functions. The version can be changed via the environment variable SVN_EXPERIMENTAL_COMMANDS.

Please have a look at the Subversion notes about what values this variable can take. Note that if the variable is not set, TortoiseSVN defaults to v2.

Dark mode can only be enabled for Windows 10 1809 and later.

For the TortoiseSVN dialogs, dark mode is available through the advanced settings page since not all controls are drawn in proper dark colors and therefore might not be suitable for all users. 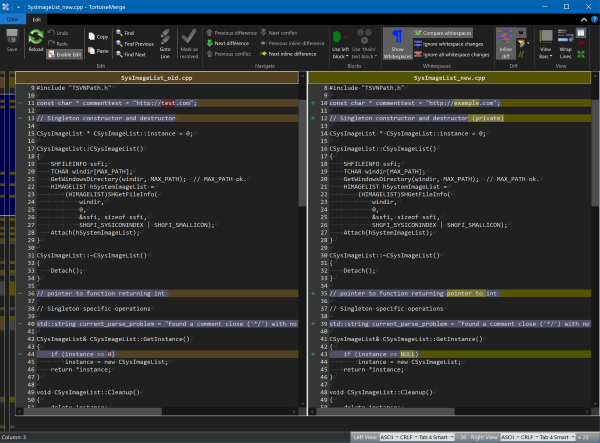 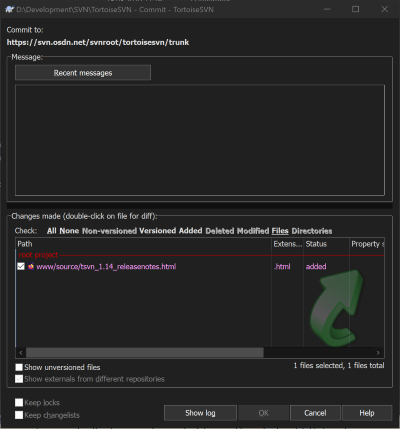 All features implemented that are present in the svn library 1.14